The account that follows is based on a letter written in 1680 by an unknown hand to an unknown reader. I have taken the liberty to edit and split this text into two parts, and then name the sender and the obvious receiver.

You have received my account on the handling of Sir Gilbert Gerard. I now give you an account of the foundation of that report which has arrived with you concerning a black box. I must crave leave to distinguish between what is material in that business, and what is merely circumstantial and serves only by way of parade.

Your lordship, whose conversation has given you great advantages of knowing the reports of the world in relation to the king’s marriage with the Duke of Monmouth’s mother, can recollect that there was never a suggestion, till of late, of any such thing as a black box. Nor of the writing of a contract by the late Lord of Durham, Dr John Cosin[3], and therefore it being impossible to consign this into the custody of Sir Gilbert Gerard.

If there been anything of that consequence entrusted to him, he is both a person of honour and courage as to have dared to have owned and justified it for so long. Furthermore, as a gentleman of discretion and wisdom, he would have surely acquainted parliament with it.  As this is where both the knowledge and decision of a matter of such grand importance does belong. Yet the in truth, the whole reference to the black box is a mere romance, purposely invented to sham and ridicule the business of the marriage between the King and Madam Walter.

For they who judged it beneficial to their present interest to have the Duke of Monmouth’s title to the crown design this to discredit his cause and those who support his cause. They thought it necessary, rather than nakedly enquiring whether he be the king’s legitimate and natural son, to bring upon the stage a circumstance, that if found a fable, the marriage itself would undergo the same censure. But what I do perceive, is that they were mistaken in their measures, seeing that most men know how to separate what they have endeavoured so artificially to interweave with the truth. All that I can hope is that they are raising a new devil that they will not easily lay to bed.

For, my lord, it is in the first place apparent, that the starting of this business is to be wholly ascribed to the Duke of York, and those who circle around him looking to benefit from his favour. Had any others been the first movers in it, you can be sure that they would never have ventured to put it before the council, as it is now moulded, but they would have waited till the sitting of parliament, where they might expect nothing but impartiality and justice.

In the second place, the method of managing this affair gives us more surprize than all the rest, and seems wholly calculated to complicate matters, rather than clear them. For your lordship, and all others who are masters of that sense which you possess, should understand that the main, if not the only thing that should be inquired into is whether the king was really married unto Madam Walter, and whether the Duke of Monmouth was born in lawful wedlock? But instead of this, all the mighty inquisition hath been whether this or that person has heard of ‘a Black Box’, or of a contract referring to the king’s marriage with that lady, and if this was committed into the keeping of Sir Gilbert Gerard. Now what is all this to the reality of the marriage, seeing it might be transacted, as most other marriages are, in ‘verbis de presenti’[4], and of which no other proof can be expected besides the testimony of such as were personally present?

In the third instance, the persons whom they have in this whole matter summoned before them and examined, adds to the suspicion and increases the astonishment. For people who think sensibly on the subject before them, would have perceived that the main scrutiny should be either to the assurances given to the Countess of Weems, concerning the legitimacy of the Duke of Monmouth before she disposed her daughter in marriage to him, or else, that all the examinations relating to this business should be principally confined to those who were beyond sea with the king, when this marriage is supposed to have happened. But all this seems to have been industriously waved, and instead, a few persons have been brought forward, and interrogated by the council, who could never be have heard of it, other than by way of vulgar tattle and heresy.

In the fourth place, I dare boldly affirm that there is no one person, who is accustomed to the fellowship of the town, who has not heard of such a marriage. For it is uncontrollably known that there was, in Oliver’s time, a letter intercepted from the king to the said lady, when she was then in the Tower[5], addressed in his own hand, to his wife. Nor it is not unknown with what homage the king’s party in England, at that time, paid in their devotion and how they testified their obedience to her. For as they addressed her upon the knee, so by that, and many other symbols, they declared they esteemed her for nobleness and the lawful wife of their king and master.

Fifthly, a more unaccountable thing yet than all the former, is to see the king so far concern himself in having the succession declared and determined. For it is not usual to find a prince appear in favour of a brother, when so many are in a belief that he hath a legitimate son of his own. Many kings have endeavoured the advancement of their bastard children to the exclusion of their nearest relations of the right blood. Only Charles the Second will be the first on the file of history, that, when nothing but his bare word was needful to the settling his dominions on his son as legitimately born, he alone, and in the face of strong suspicions to the contrary, would insinuate him to be only his natural son, and for no other reason, but that he would gratify his greatest enemies. I am sure we read of few kings that ever gave any great countenance to their brethren, when they were their presumptive heirs, though in the mean time they would not deprive them of their legal rights, providing they came to out-live them.

Sixthly, As I know not who dare proclaim the Duke of York, should the king depart this life before him, seeing the House of Commons, in a bill, twice read and past, have made it not only capital but treasonable to do so. If my information does not deceive me, the Duke of Monmouth, before he was taken from his mother in Holland, and carried to Paris, went for, and was acknowledged as Prince of Wales[6]. Consequently, to undermine this title, if he should prove so, is not less than treason by the statute. And your honour knows, that though the king’s affirmative might be of some significance towards the declaration of his legitimacy, and corroboration of his right to the imperial crown of these realms, his negative responses does nothing, when confronted with this positive evidence to the contrary.

Lastly, whereas the partisans and parasites of the Duke of York would have it judged too great a reproach upon the king, that he should be thought to have married a person of so low a quality as Madam Walter, they do but in that discover at once their small acquaintance with history. Your lordship does very well know, that Edward IV, married an ordinary gentlewoman, and she was not only one of his own subjects, but the relict of a former husband. And the widow of an enemy to his crown and family. Whereas the king, when supposed to have married the Duke of Monmouth’s mother, was in exile, the utmost of his possessions lying in faint hopes which his right to the English throne administered unto him. It is not improbable that he found it necessary to marry rather than, by taking another course, to alienate the minds of those further from him. Whose love it was his interest to recover, so the deplorableness of his condition at that time gave him small encouragement to demand in marriage any that was the daughter of a neighbouring king or monarch.

Nor is it difficult to conceive how far the wit, beauty, and air of such a lady as Madam Walter might prevail upon and entangle a young prince, both naturally amorous and always an admirer of such qualifications. Nay, my lord, though the Duke of York hath been twice married, and when in much better circumstances than the king then was, yet he hath no great cause of bearing himself upon the antiquity or greatness of the families into which he hath matched. For I am sure neither of his duchesses derived their descent from so eminent a pedigree, or of that figure of heraldry, as the Duke of Monmouth’s mother proceeded from. They are great strangers in England, who do not know that her father was a gentleman of an old British lineage[7] and stood possessed of a much fairer estate than the late Lord Chancellor Hyde was ever born into. And though I will cast no reflection upon his acquisitions, yet this may be affirmed with modesty, that he was more indebted to the favour of his prince for them, than any extraordinary merit in himself, or recommendation by the dignity and services of his ancestors. And one would think the returns he made unto his majesty, in more than a thousand instances, should not render the king very fond of transmitting the crown to his offspring.

I leave the judgement and understanding of these matters in your lordships hands and commend your safety to divine protection, and am, My lord,

Your most humble servant 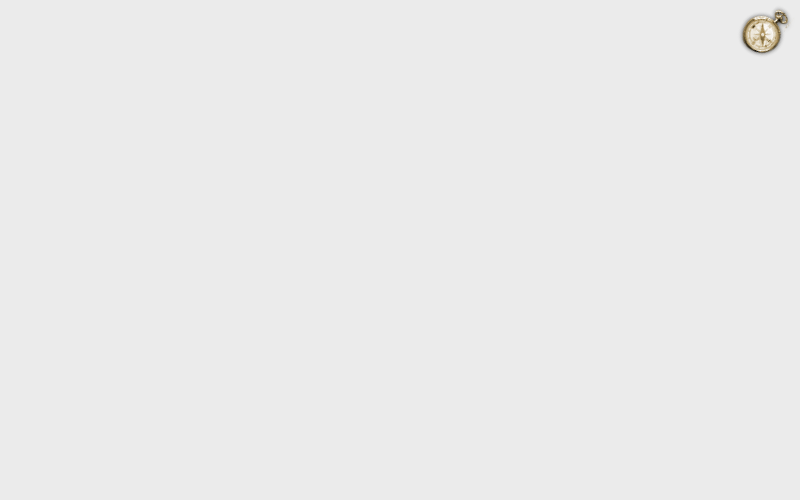